The Ilkley Business Awards 2019 took place last week and we were delighted that Westwood Lodge Ilkley Moor was announced outright winner as The Leisure and Tourism Business of the Year.

The awards took place at a gala dinner and dance at The King's Hall Ilkley, organised by Ilkley Business Forum and attended by over 200 businesses owners and local celebrities. Dignitaries included the Leader of the Council, MP John Grogan and the Mayor of Ilkley, Cllr Stephen Butler. 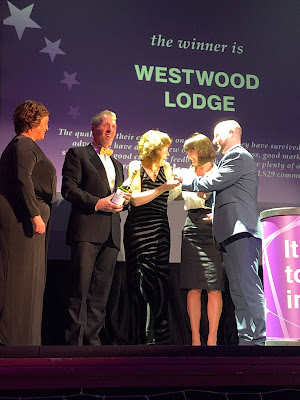 A panel of independent judges had based their decision on our track record of customer satisfaction and high standards over 21 years.

We don't claim to be extra-special and recognise that we've got plenty of things to improve upon.  However, this award is down to the hard work of our small, dedicated team, some of whom were able to join us on stage for this very special night.  Thank you too to our many guests who keep returning and make it all worthwhile! 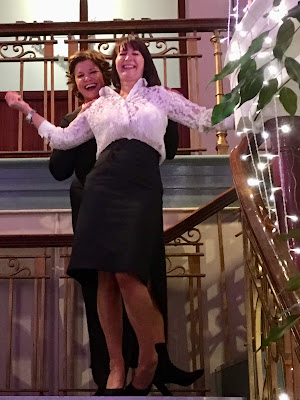 Justine and Lel celebrate on the grand staircase 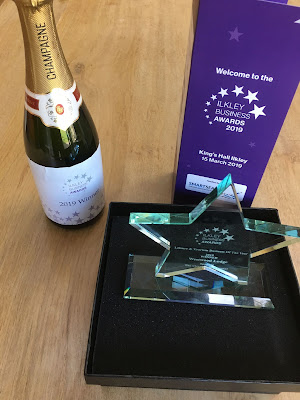